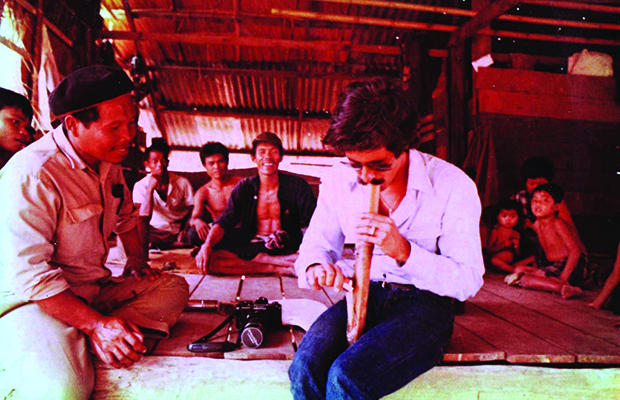 The conscripts complained they were beaten by their instructors last Friday. Two came forward to lodge a police complaint. They said five conscripts were accused of smoking marijuana and beaten.

Both conscripts earlier showed wounds which they said occurred when instructors hit them and dragged them along a concrete floor. They also claimed instructors subjected them to waterboarding to make them confess.

On Tuesday, one conscript, Kajorn Prajong, 24, accompanied by his mother, Chatra Prajong, filed a complaint with police in Chon Buri accusing the instructors, whose names were not given, of assault.

The family had earlier told the government’s Damrongtham complaint centre in Rayong about the incident.

Pvt Prajong submitted the result of his physical examination. He was later sent for another check-up at a local hospital. Local police will forward the investigation summary to the staff judge advocate for further legal proceedings.

Pvt Prajong reportedly admitted to have smoked marijuana in his sleeping quarters. However, the physical punishment he was receiving was too harsh and if he had not absconded from the barracks, he might have died, he said.

Gen Narongphan said he has ordered the 1st Army Region to explain the incident.

The facts must be divulged, the army chief said, adding the 1st Army Region has investigated and found the instructors who disciplined the conscript were also in the wrong. He did not elaborate.

Gen Narongphan said if the conscript in question had been caught smoking marijuana off-base he would have faced criminal punishment and possibly jailed.

THE OFFICE of the Attorney General this evening (Nov. 12) dismissed news that it has been decided to indict Pol. Col. Thitisan Uttanaphon, aka Superintendent Joe Ferrari, and six other suspects accused of suffocating a drug suspect to death with two plastic bags on all recommended charges as the police were today ordered to […]

THE HOUSE Committee for Police Affairs is in the process of inviting all those concerned in the withdrawal of charges against Vorayuth “Boss” Yoovidhya in a hit-and-run incident that led to a policeman’s death in Bangkok on September 3, 2012, INN News and Sanook.com reported this morning (July 25, 2020). The committee’s vice chairman Mr […]

Army chief on 17 blasts in the South: It was worse before

ARMY CHIEF Gen. Narongphan Jitkaewtae said after 17 bomb and arson attacks took place in three southern provinces from last night till the wee hours of this morning (August 17) that there used to be more such incidents in the past and this wave of blasts does not seem aimed at destabilising this government […]

Public urged to get booster shot amid Covid spike

New Year’s festival not being cancelled over new Covid strain

Thaksin’s homecoming bid may fall through without help from kingmaker

Former premier Thaksin Shinawatra’s effort to return home will likely flop without the help of kingmaker Prawit Wongsuwan who thinks it is his turn to take the premiership after the next election.

Agency taking action after 1,000 rai of corals found to be diseased

Warm up for Loy Krathong at Rama VIII park