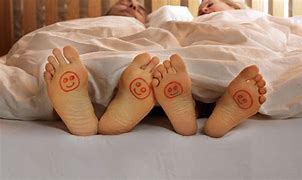 How many times should you be getting it on every week? The answer might be more complicated than you think. Sex guru Nadia Bokody reports.

I’m sitting awake in bed, sobbing in lingerie I just maxed my credit card out on.

“I said I was tired. Why are you making such a big deal out of this?!” my boyfriend scowls, straining his eyes open.

We’re having that fight again. The one where I tell him we’re not having enough sex.

It’s an argument most couples will have at some point in their relationship. In fact, according to research published in The Journal Of Sex & Marital Therapy, people don’t just quarrel over sex in their relationships – 47 per cent of divorcees site a lack of it as the reason for calling it quits.

It’s ironic really, considering just how thorough most of us are at vetting our prospective partners on everything from money to career and views on child-rearing.

“He wants kids and has a stable job. We’re completely on the same page,” a girlfriend who’d recently started dating a guy she met on Hinge, cooed over drinks one evening.

“How often does he want sex? And what does his idea of great sex look like?” I shot back.

“I don’t know. That stuff doesn’t matter to me anyway,” she answered, half-embarrassed, half-confused as to why I’d raised the question.

This scenario isn’t unusual. For most of us, sex doesn’t even make the list when we’re assessing someone’s compatibility during the dating process.

We’re far more focused on ensuring our future spouse has a good hairline and doesn’t classify heating up two-minute noodles as cooking (incidentally, both factors that shouldn’t be ignored).

One of the biggest complaints I hear from unhappily married readers, is that their libido is mismatched with their spouse’s. People deliver this information to me as though completely scandalised by it.

How could their partner want it so much less than they do? Why is the sex so mind-numbingly boring? How can they be expected to continue on this way?!?

I always think this is a little like interviewing a prospective employee and neglecting to grill them on their time management skills, then being surprised when they start showing up to work late and missing deadlines.

In truth, we’re spectacularly bad at talking to our partners about things that really matter, and nowhere is this more pronounced than in the complete lack of discussion most couples have around sex.

Indeed, people are more comfortable telling me – a total stranger on the internet (who, by the way, isn’t a sex therapist or a doctor) – about the fact they’ve faked their orgasms for the last 20 years, than they are talking to the person they actually have sex with, about their sex life.

It’s really unfortunate we teach sex to kids in school as though it’s a clinical exercise removed of all intimacy and humanity, and shame anyone who talks about it as being “inappropriate” or morally corrupt. It ultimately lands us here: unable to speak to our own partners about the thing that, if ignored, will result in divorce for almost half of all marriages.

This is why, when I’m inevitably asked, “How much sex is normal?”, I’m careful not to provide a quantitative answer.

This is why, when I’m inevitably asked, “How much sex is normal?”, I’m careful not to provide a quantitative answer. In spite of the fact I’ve read all the research and know the numbers (a 2017 study in The Archives Of Sexual Behaviour indicates the average adult has sex 54 times a year, and a survey of 30,000 people over four decades suggests the happiest couples have it at least once a week, I don’t tell people how much sex they should be having.

First and foremost, because I’m not qualified to, but also critically because sexual desire exists on a spectrum. Just as some of us aren’t particularly interested in sports (like, I’d sooner gouge my eyeballs out with ice picks than sit through a football game), while others literally live in their team colours; not everyone has the same investment in sex.

The “right amount” of sex for one couple may be twice daily. For another, a monthly roll in the hay might be more than sufficient.

Where things go astray, is where one partner’s desire is significantly higher or lower than the other’s. And because we elect to push discussion of sexual compatibility under the rug in order to avoid discomfort in the early stages of our relationships, this scenario is incredibly common.

It’s also why many of us attempt to resolve the issue outside of the relationship.

We confess our sexual disappointment to a friend, have affairs, rechannel our frustration into workaholism and staying out late and drinking too much: anything, ANYTHING that means we don’t have to look our own partner in the eye and talk about sex.

I know this because I spent most of my adult life doing the same thing. It seemed somehow less agonising to rack up credit card debt on expensive lingerie than it did to simply turn to my partner and ask, “What does a great sex life look like to you?”

Perhaps because I was afraid of the answer. Afraid of what it might say about me, or our relationship. And perhaps because, like so many people, I was trying to fit into the mould of what I thought a “normal” sex life should look like.

In the end, the reality was far less terrifying than I feared. As it turned out, my boyfriend was happy to have sex as much as I wanted, he was just exhausted from work in the evenings and preferred to get it on in the mornings. It took me two years to find that out, because we’d both learned to avoid having the conversation.

It’s never too late to talk about the thing that matters most in your relationship – whether you’ve waited two years to get honest, or two decades.

You won’t get back the nights you lost staring at the ceiling, asking yourself if you can continue on this way, but you will gain a whole lot of freedom. And probably save some money on overpriced lingerie along the way.

James Bond movie No Time to Die delayed until October

If you thought you were going to see the new James Bond movie in a few weeks, think again. And its delay is the harbinger of things to come. It’s really starting to feel like a bad case of déjà vu. The upcoming James Bond movie, No Time to Die, has been delayed again because of […]

By Peeranut P., Sanook.com WITH phase 3 easing of the Covid-19 lockdown having led to many businesses and natural attractions again opening up the latest to likewise do so is Chiang Mai up in the north. Come Sunday June 7 and the popular Sunday Walking Street at the centre of the walled Old City will […]

HELP poured in for a starving jobless young man who only had 5 baht in his pocket and was on the verge of collapsing as he walked down a Pattaya road looking for a job after he plucked up courage to ask someone for help, Sanook.com reported this afternoon (July 18, 2020). Not only did […]

Several Covid clusters emerge amid daily tally of 6,718 and 12 deaths