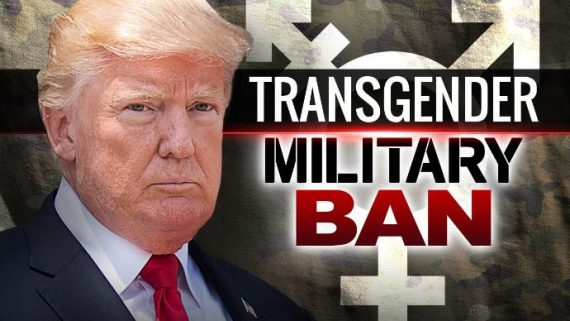 US President Joe Biden has signed an executive order that overturned a controversial ban by his predecessor on transgender individuals serving in the US military.

“It’s simple: America is safer when everyone qualified to serve can do so openly and with pride,” Biden said on Twitter after the signing.

When Trump announced the ban in 2017 on Twitter, he said the military needed to focus on “decisive and overwhelming victory” without being burdened by the “tremendous medical costs and disruption” of having transgender personnel.

The US Supreme Court ruled that the Trump transgender policy of 2019 could stand while it faces separate lawsuits in lower courts.

About 1.3 million active personnel serve in the US military, Department of Defense data shows. There are no official figures on the number of trans members but the Rand Corp, a US policy research institute, estimated in 2016 about 2,450 active service members were transgender.

While advocates applaud Biden’s move, the fact that any president can decide whether transgender people can serve in the military is problematic, they say. Any American who is fit and able should have the right to serve, they argue.

“We must make sure that future presidents do not backslide on our values of equality and inclusion, and I intend to add a provision to this year’s defense policy bill to secure a permanent policy of nondiscrimination for our armed forces,” said Congresswoman Jackie Speier, Chair of the House Armed Services Military Personnel Subcommittee.

Nic Talbott, a transgender man, was forced to drop out of the Army Reserve Officers’ Training Corps (ROTC) due to Trump’s ban. On Monday, he said Biden’s move had given him and other transgender people an opportunity to once again join the military.

“I know there are thousands of other people out there just like me who have been counting down to this day, waiting to be able to start our careers and start our lives.”

Once the order is implemented, Talbott said he plans to enter another ROTC.

By The Sun DONALD Trump could declassify bombshell secret intelligence about the outbreak of Covid-19 linking it to a Wuhan research lab as one of his last acts as President. UK ministers are on “red alert” for a major intervention from the outgoing US government within days that claims the origin of the outbreak was […]

By CNN and published by Channel NewsAsia HORROR fans might recognise this charming Los Angeles home that was just sold as being from the 1984 classic, A Nightmare On Elm Street. The three-bedroom and 4.5-bathroom Dutch Colonial house was where vengeful spirit of a serial killer, Freddy Krueger (played by Robert Englund), tried to kill […]

By AFP and published by Channel NewsAsia Beijing – China warned Western nations today (Dec. 9) they would “pay the price” for a diplomatic boycott of the 2022 Beijing Winter Olympics. Washington announced its boycott earlier in the week, saying it was prompted by widespread rights abuses by China and what it sees as a […]

Thaksin gets Covid for the second time despite 4 jabs