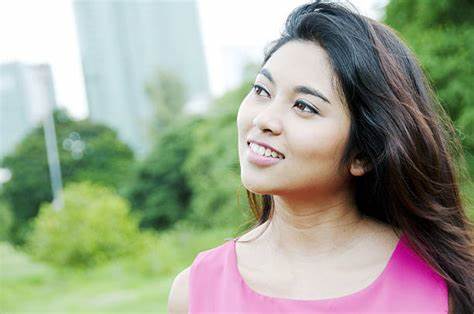 Many women admit to faking orgasms, but the most common lie told in the bedroom is actually ruining your sex life, says Nadia Bokody.

I know this because each time I write about fake orgasms, my inbox is inundated by men insisting they’re outliers.

The reason we’re so convincing at feigning enjoyment, is because we’ve had a lifetime of practice ignoring discomfort.

We quite literally teach girls to associate pain with womanhood. While we’re busy enlightening boys on boners and wet dreams, we warn young women losing their virginity will probably hurt. And so will childbirth. And periods. And underwire bras and heels, for that matter.

I hadn’t realised how much I’d internalised this message until about six months ago, when I underwent surgery to discover the source of a searing sensation in my abdomen that had plagued me for almost two decades.

“It’s incredible you’ve been able to get through this for so long!” my surgeon remarked, pointing at a patchwork of crimson splotches studded over my uterus and ovaries on his computer screen.

The surgery had uncovered extensive endometriosis; a condition that causes tissue which normally lives inside the uterus to grow in other parts of the body, resulting in excruciating pain and – if left unchecked – infertility for an estimated one in 10 women.

It wasn’t really incredible, though. Like so many of the women I know, pain had become not so much a thing to “get through”, but part of the wallpaper of my existence.

According to research, the average time it takes a woman to get a formal diagnosis of endometriosis is 7.5 years. This is in part due to the fact it can only be accurately diagnosed through surgery, but largely because women’s pain is so routinely dismissed by medical professionals.

A PubMed paper on patients reporting to the emergency room with acute abdominal pain found women typically wait an average of 16 minutes longer than men to receive analgesic relief. Another study, published in the New England Journal Of Medicine, showed we’re also seven times more likely than men to be discharged in the middle of a heart attack.

We’re so conditioned to ignore our body’s signals, many women are unable to recognise their own hunger. The boom of intuitive eating – an anti-diet movement focused on eating in tune with your hunger cues – was sparked in no small part by scores of women who’d lost their ability to eat instinctively, after decades of deprivation.

It’s not particularly startling that women also ignore discomfort in the bedroom. Or that surveys reveal up to 80 per cent of us (the honest ones at least!) admit to faking our way through it with our partners.

What is striking, is the fact we’ve essentially become complicit in our own sexual disenfranchisement.

Most women in a study published in the Archives Of Sexual Behaviour cited making their partners feel good as the number one reason for feigning pleasure. But a disconcertingly large number of respondents also cited “to get the sex to stop”. And that’s really at the heart of the issue: women are having sex they don’t actually want to be having.

There’s no denying women have been short-changed by a culture that’s not only taught us to put our comfort last, but embedded doing so into the code of womanhood. However, at some point, we have to realise for ourselves, this just isn’t working.

So, here’s a truth bomb that may help break through: sex should feel really, really good. It should leave you coming out of it (no pun intended) better than you were going into it. And in spite of all we’ve been taught, this isn’t exclusive to men.

Women can – and do! – have profoundly satisfying sex. But that can only happen when we prioritise our pleasure, which, I’m afraid to tell you female readers, requires actually letting your partner know that thing they’ve been doing for the last six years? Yeah, it hasn’t been working for you.

I’m not going to sugar-coat this. Your partner’s ego may be bruised – certainly if the adamant men in my inbox each week are anything to go by – but the discomfort will be short-lived, unlike the pain of having a lifetime of bad sex.

TNR staff
I am veteran journalist and part of ThaiNewsroom.com’s editorial team. We are working hard at making this news site a success and value the support of each and every reader
https://thainewsroom.com/

By Peeranut P., Sanook.com A FISHERMAN and his crew from Satun province safely released three huge whale sharks that had got entangled in their fishing nets after which they quickly swam off into the open sea, Sanook.com reported yesterday (June 30). Mr Navin Manakitsomboon or Tai Ball, 37, steersman of Por Chok Praphon 1 trawler […]

Cybersecurity a business risk, not just IT

Organisations detect only a quarter of cyber attacks, on average, leaving them exposed and vulnerable. There is more to robust cybersecurity than just bolstering your organisation‘s defences with extra layers of protection. It is also vital to validate your security capabilities by regularly testing and optimising those defences against the latest threats. As the threat […]

Unmanageable debts are one of the main reasons why many Cambodians have fled across the Thai border in search of employment. This was revealed in a yet to be released survey conducted by the Centre for Alliance of Labour and Human Rights (Central) done on 472 migrant workers who returned from Thailand in Kampung Thom, […]

French tourist cleared of monkeypox in one test

Thai woman is the country’s 4th monkeypox case, 2 others exposed

Prime Minister Prayut Chan-o-cha will likely survive next month’s censure/no-confidence motion with the help of “bananas” being handed out again after which a big cabinet shake-up looms.

Beware! Blocking an ambulance carries heavier penalty than you think

Netflix tests another way to charge for password sharing